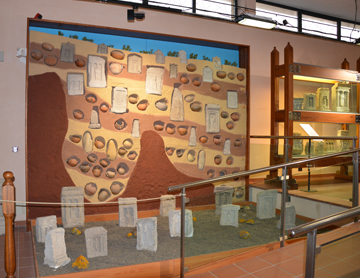 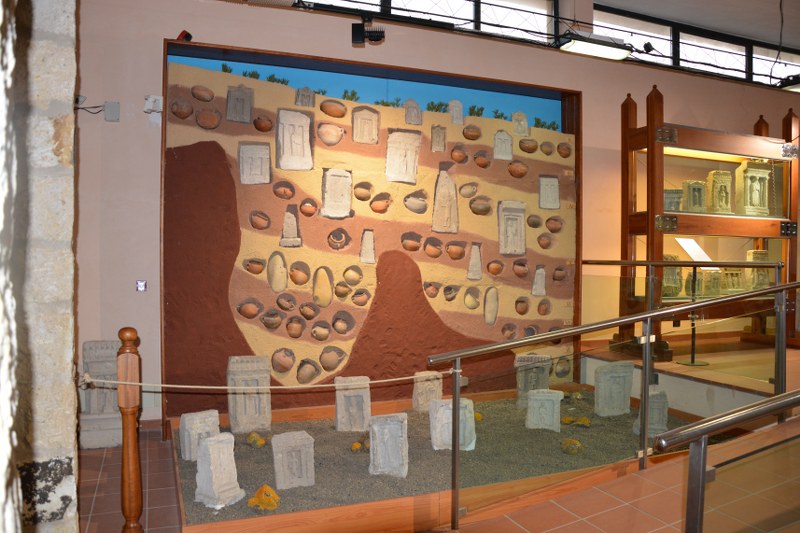 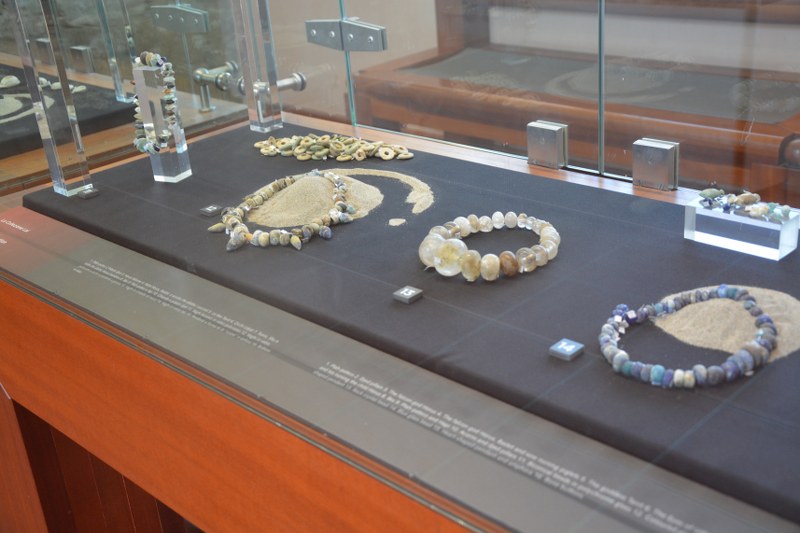 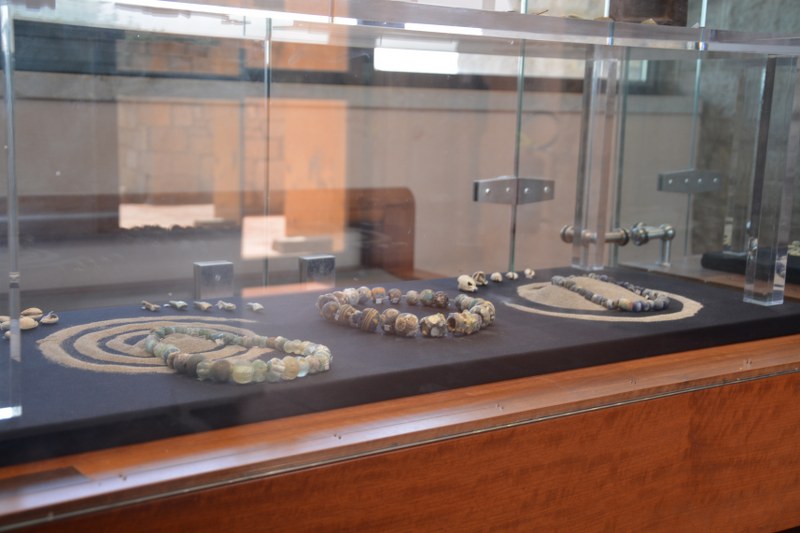 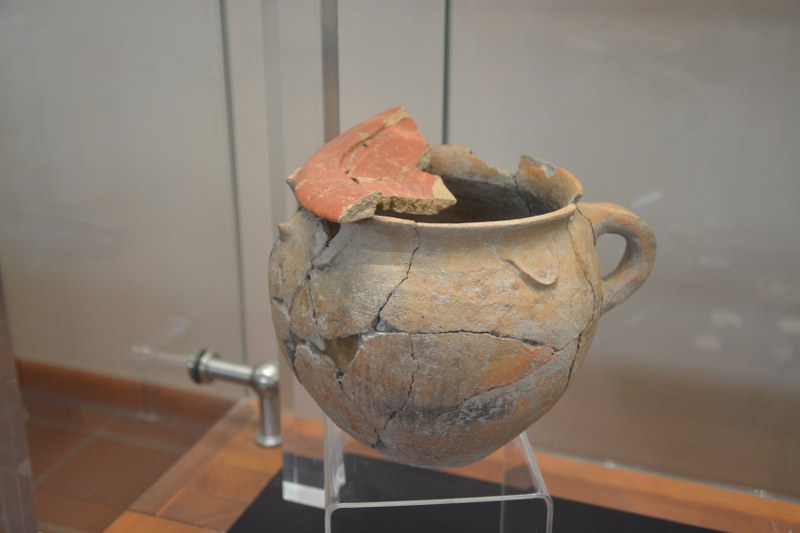 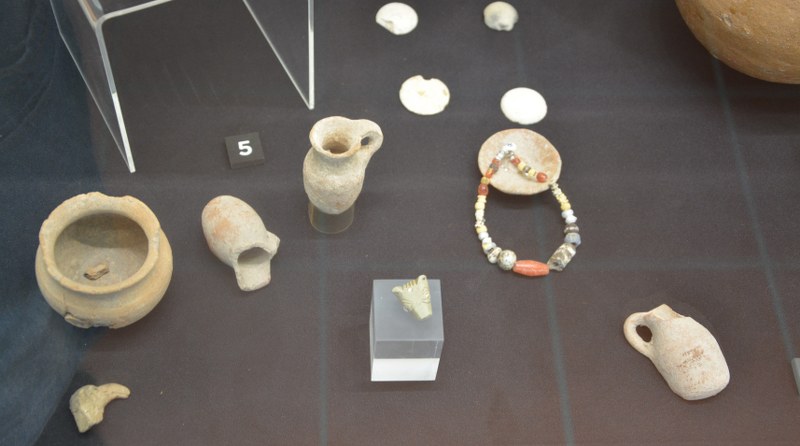 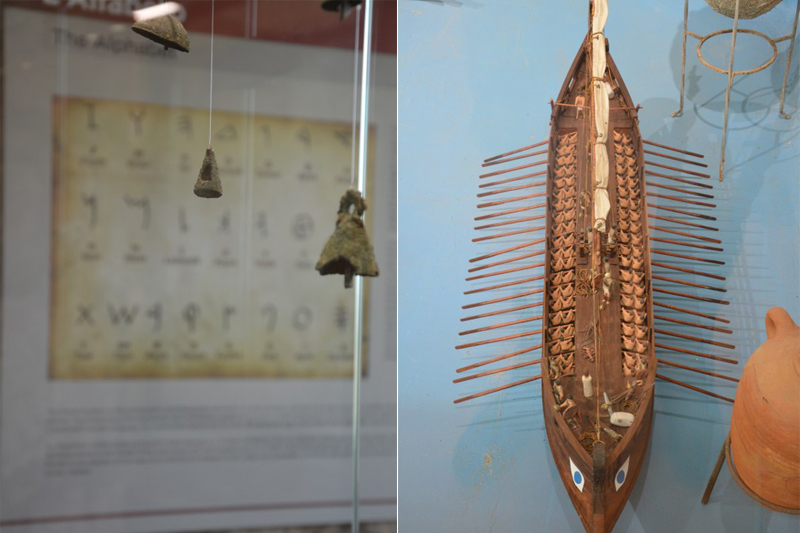 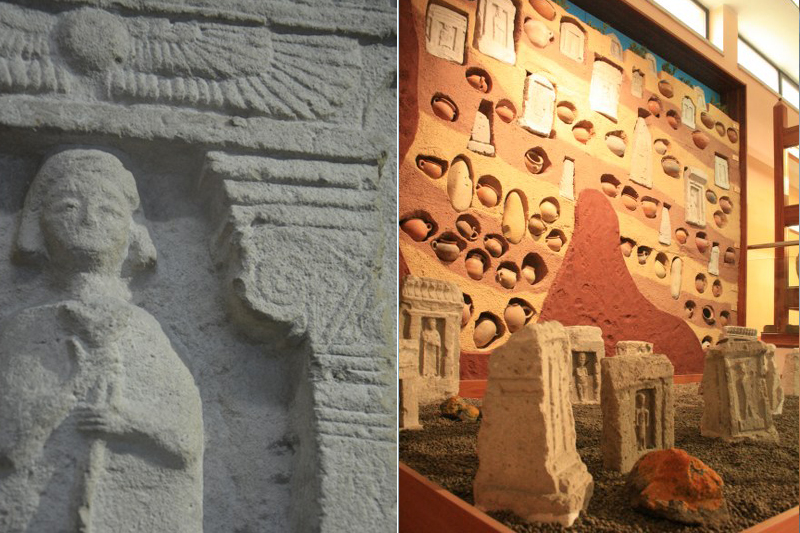 The third room is dedicated to the sacred area of the ‘tofet’, a sacred area at open air, equipped with fences, altars and shrines located behind the existing museum. On the natural trachytic rock, that characterizes the area, on the ground were placed the urns containing the ashes of babies born dead or died prematurely which were cremated and often accompanied by a funerary offer, mainly lambs and poultry also incinerated. The tofet was a sacred and funerary area dedicated to those who did not possess a social defined identity, therefore were returned to the divinities as in need of special protections and rituals.

Inside the windows there are containers used as urns, mostly traceable to cooking pots, whose shape variety is more evident in the oldest levels of the area, dating from the mid-eighth and mid VII sec. B.C.

Inside the urn were often put, with the cremated bones of the little dead, the ashes of birds or lambs, together with small amulets with apotropaic value (faces of Silenus, the god Bes, Isis, shells, etc.). The depositions of the infants were, in some cases, accompanied by a proper equipment which proposed, in miniature, the features of the urns themselves or of other collections such as lamps, chalices and pegs. Special findings, both inside of the urns and adjacent to them, are indigenous bat heads, obsidian splinters and lead cuttings.

After the Carthaginian conquest of the island, in the sixth century BC, began in the tophet of Sulky the deposition of the steles, whose function was connected to the rituals practiced by the family of the little defunct. Actually, through the offers to divinities, the child’s parents asked the grace of a new birth; the steles, often with inscriptions of gratitude testify the thanks of the family of the defunct to the gods Tanit and Baal Hammon to have them blessed by a new bloodline.

The lithic production of Sulcis, between the sixth and the first century BC, matured over the centuries peculiar craft characters, revealing its originality and the ability to understand and rework the typically Punic influences and the distinctive elements of the artistic and cultural Koinè of the Hellenistic period.