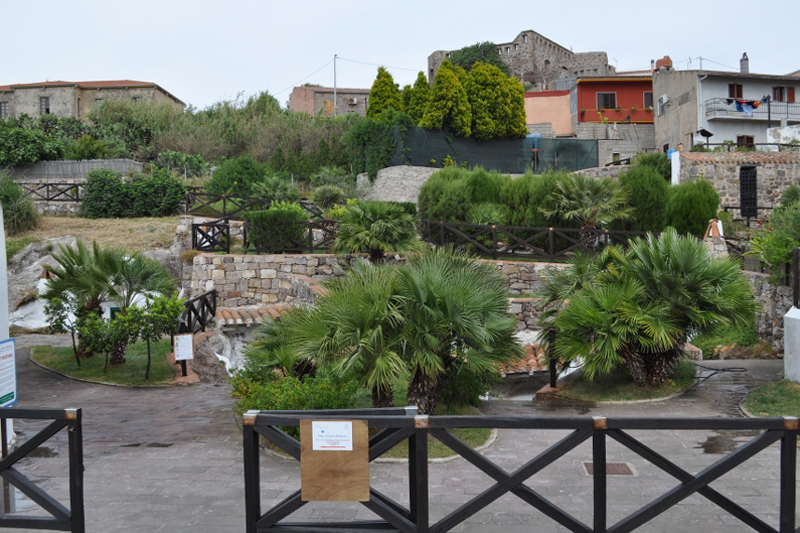 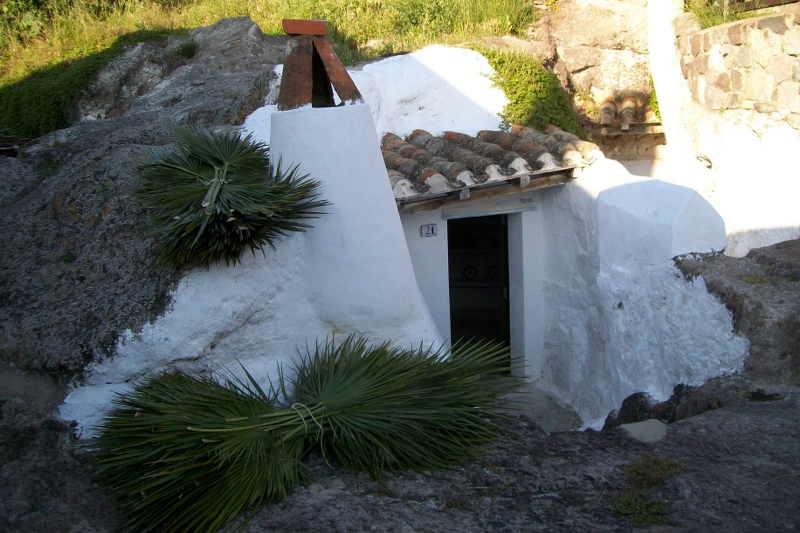 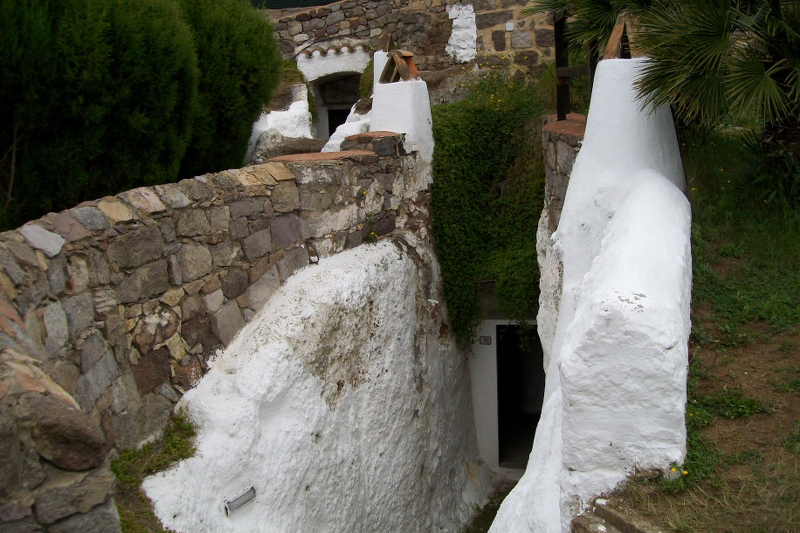 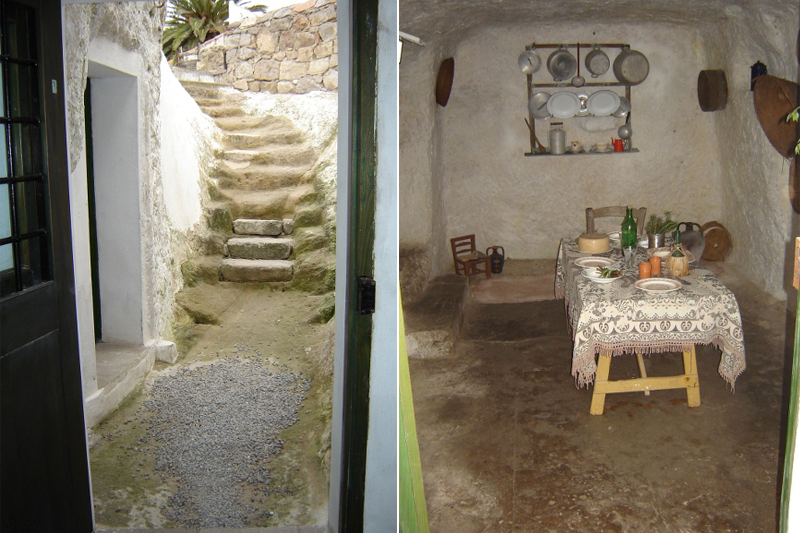 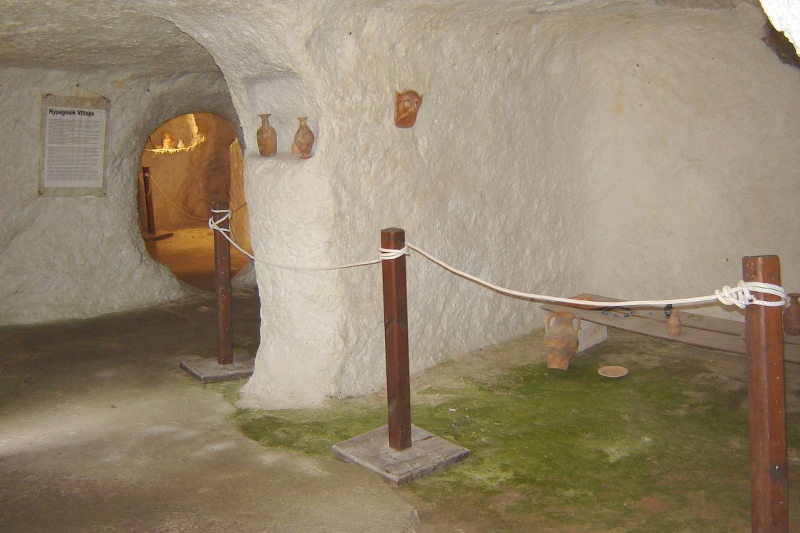 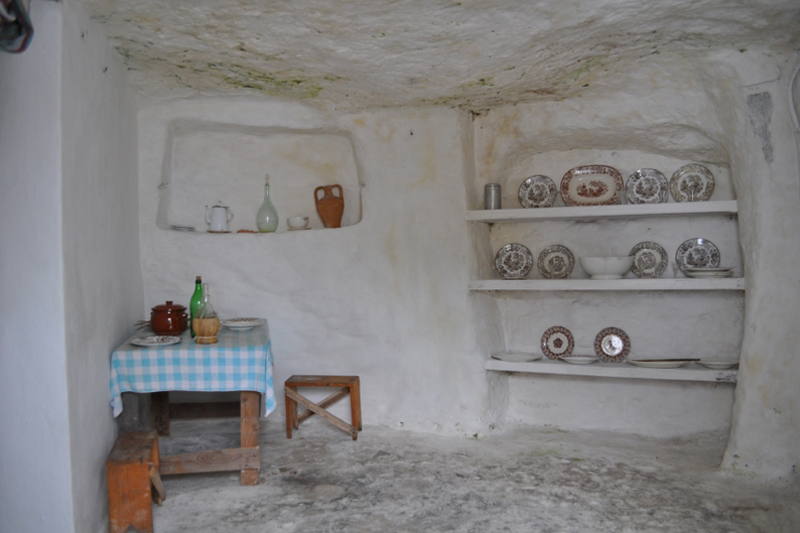 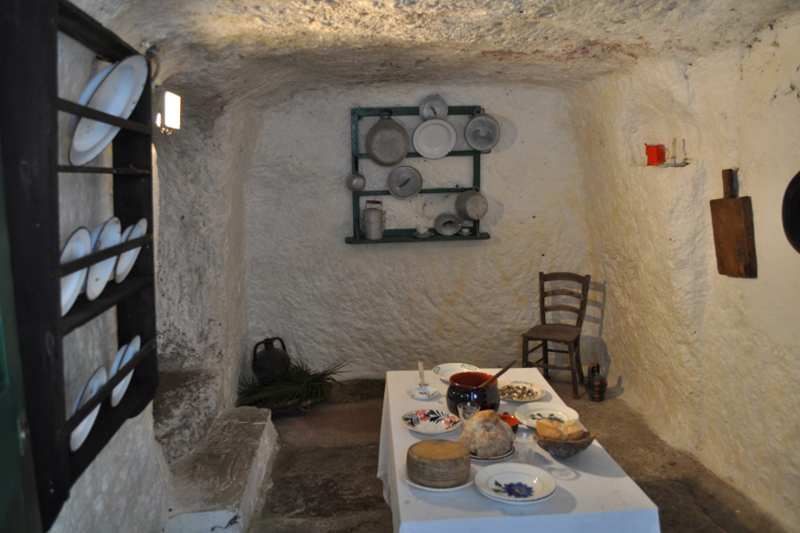 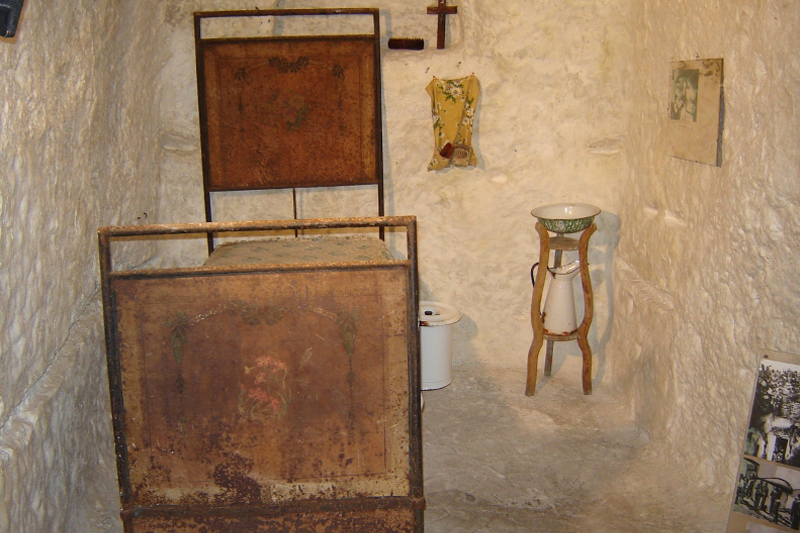 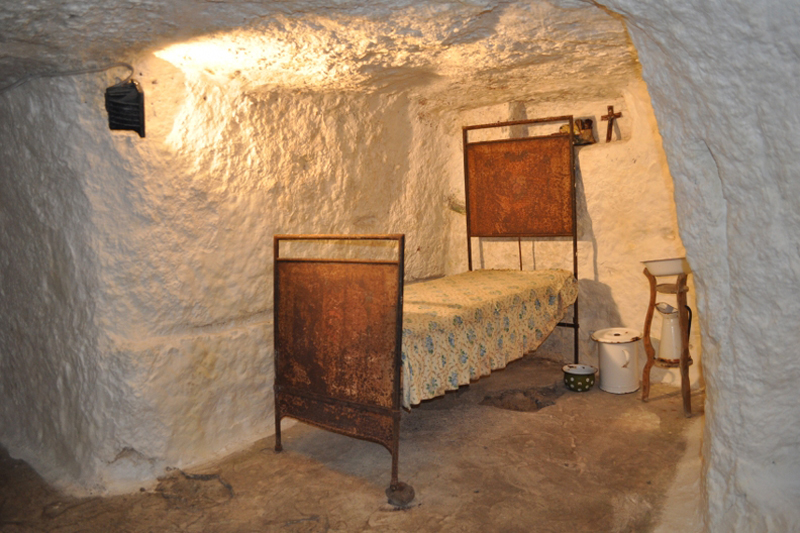 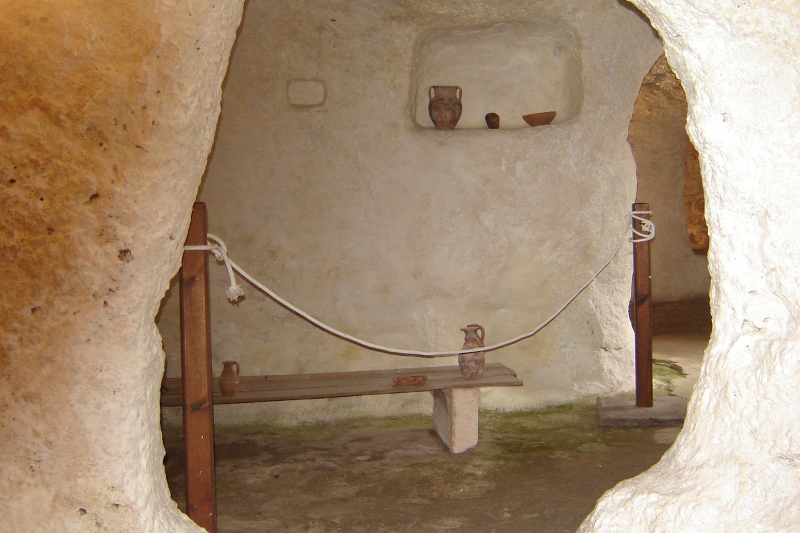 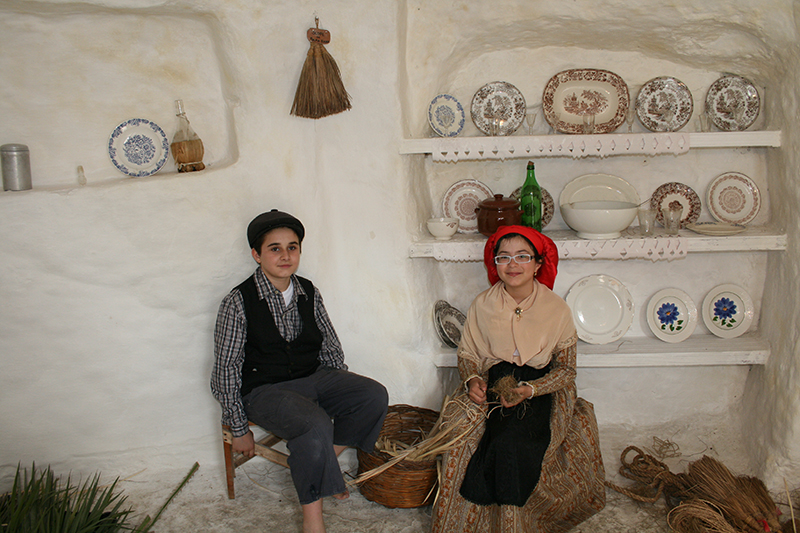 The hypogaeum village includes a series of Punic tombs built between the late sixth and the end of the third century B. C. later adapted as houses from the poorer classes of the country; these underground places are known by the name of Is Gruttas, the caves.

After the discovery of the remains of Saint Antioco under the basilica to him dedicated, in 1615, the Bishop tried to end the island’s long leaving due to the continuous raids of the Barbary pirates.

Thus, attracted by lands concessions promised by the church, many families began a new life in the island, followed by many others that, even not getting anything in return for their courageous return, adapted themselves to this miserable, living in poverty and marginalization.

In the first decades people tried a temporary adaptation that then turned into stable. In the area known until 1998 under the name of “Sa arruga de is Gruttas”, there were many families who lived in the district until the early ’70s.

Some burial rooms are now set up with crafts made by the weave of the dwarf palm; there are also various objects used by those who lived there. Recently renovated this village provides visitors a window of past life.